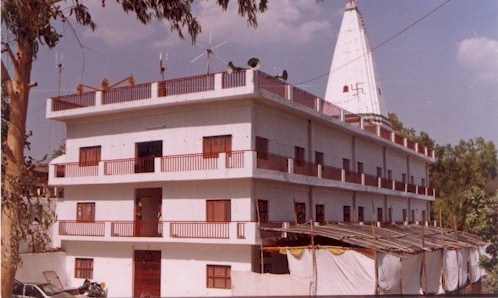 The Baba Rudranand Ashram is situated in the Amlehar village in the Gagret tehsil. This beautiful and mesmerizing village is located on top of the culminating ridge of beautiful peaks of the Jaswan Dhar mountain range (also known as the Sola Singhi mountain range) near Talwara where the River Beas passes by and which forms the boundaries between the districts of Una and Kangra in Himachal Pradesh.

The Baba Rudranand Ashram is majorly known in Gagret and in the surrounding areas of the Una district as well as the other districts because of the popular fair that is organized every year on the occasion of the sacred day of the ‘Kushotpaatini Amavasya’ inside the ashram premises. In addition to this, the various special festivals like Shri Krishna Janamashtami, Maha Shivaratri and Makar Sankranti are also celebrated with much pomp and vigor in the ashram campus only.

Special fairs are also organized in the ashram on the occasion of festivals and special days like Vyas Puja, Nirjala Ekadashi, Panch Bhisham and Baba Rudru’s Jayanti. These fairs and festivals are organized and celebrated with lots of enthusiasm whereby large groups of people attend the festivities. To accommodate all these pilgrims, the ashram officials also make adequate and proper living arrangements so as to ensure a comfortable stay for the devotees in the ashram. 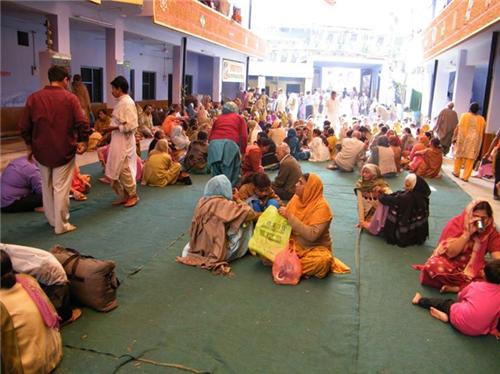 The site of the Baba Rudranand Ashram has an interesting historical background associated with it. The village Amlehar in the Gagret tehsil in which the ashram is located is also popularly known as Thakurdwara in the area. The folk tale behind this name goes like this: A long time ago, during the period of Maharaja Ranjit Singh’s reign, there was a man called Thakur Dass who was the managerial supervisor of the female quarters of the Queen and who was also quite a favourite of the Rani.

All the other servants of the Rani were quite jealous of Thakur Dass and his close relationship with the Rani, consequently, they complained to Maharaja Ranjit Singh that Thakur Dass was having an illicit love affair with the Queen and thereby betraying his loyalty to the Maharaja. The king was enraged upon hearing this and ordered his soldiers to find Thakur Dass and imprison him. Soon, even Thakur Dass heard of the King’s orders and in order to save his life from the wrathful Maharaja Ranjit Singh, he left the kingdom in a hurry and started searching for a safe and peaceful haven whereby the King would not be able to find him.

Thakur Dass’s search was finally over when he reached the village of Amlehar in the Gagret tehsil. This place during those days was the site of a hermitage and a meditating place for the holy and the divine saint Achyutanand from South India who had immense spiritual powers. Upon coming into place of Saint Achyutanand’s divine powers, Thakur Dass was told by the holy saint to let go of his fear and promised that no harm would come upon him. However, in all this while, the enraged Maharaja Ranjit Singh arrived at the village of Amlehar as well frantically searching for Thakur Dass.

The spiritual powers and the divine marvels of Mahatma Achyutanand were able to calm the anger in the Maharaja who was enraptured and entranced by the saint’s celestial influence and also agreed to forgive Thakur Dass and spare his life. Even Thakur Dass himself was highly influenced and inveigled by the mystical and transcendental presence of the Mahatma and he got himself instituted into the values and education of the lives of ascetics and was renamed as Sant Thakuranand. As time passed, he took over the managerial duties of the hermitage and all the day to day activities of the ashram were facilitated by him. 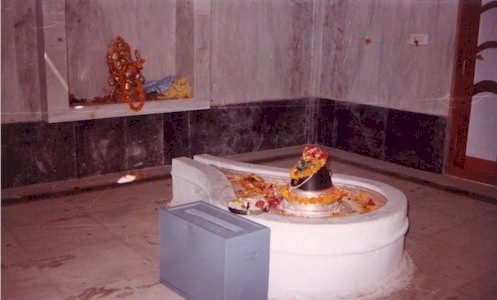 There have been many stories about the Baba Rudranand Ashram whereby it has been said that Maharaja Ranjit Singh won the famous battle in Kabul against the Pathans only because of the divine sanction and the benedictions of Mahatma Achyutanand. As a thanksgiving gesture to the saint, Maharaja Ranjit Singh brought 108 cleaved heads of the soldiers of the Pathan army as an offering which have been said to be buried under the dais surrounding the tamarind tree in the ashram premises. The Maharaja also gave orders for a temple to be built in the ashram campus and in addition to this, allotted an additional jagir, that is, a feudal life estate of 80 ghumaon to the ashram. 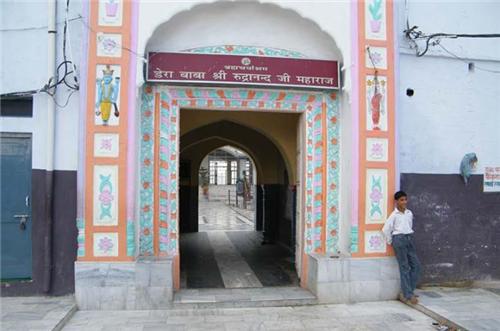 However, as the years passed, there was an utter degeneration in the management of the affairs of the ashram which led to its poor state with almost no upkeep. Henceforth, the Baba Rudranand Ashram in the Amlehar village in the Gagret tehsil was associated and attached to the Dera Baba Rudranand which is situated in the Nari village in the Bharwain tehsil.

The Baba Rudranand Ashram in the Amlehar village in the Gagret tehsil is considered to be the primary branch of the Dera Baba Rudru in the Nari village whereby an ‘ákhand dhuna’ has been continuously burning since the year 1850 when the former came under the latter’s patronage. 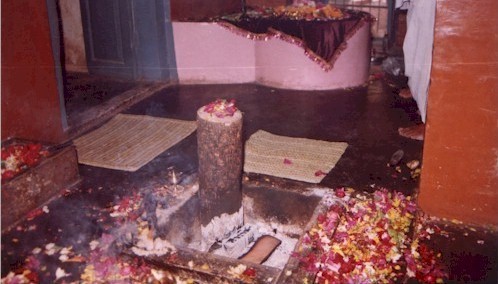 The ‘akhand dhuna’ in the Baba Rudranand Ashram is a continuous flame that has been burning since more than 150 years. In Hindi, ‘akhand’ means non-stop and ‘dhuna’ is the fire that is burnt in the purifying ritual called ‘hawan’ along with its residue in the ‘hawan kund’. At the Dera Baba Rudru in the Nari village, this akhand dhuna has been burning since when Shri 1008 Baba Rudra Nand Ji Maharaj who was famously known as Baba Rudru performed a miracle and started performing hawan at this place.

The Baba Rudranand Ashram in the Amlehar village in the Gagret tehsil is well connected by a good network of roadways and can easily be reached by renting private vehicles or by travelling via buses in a short time.